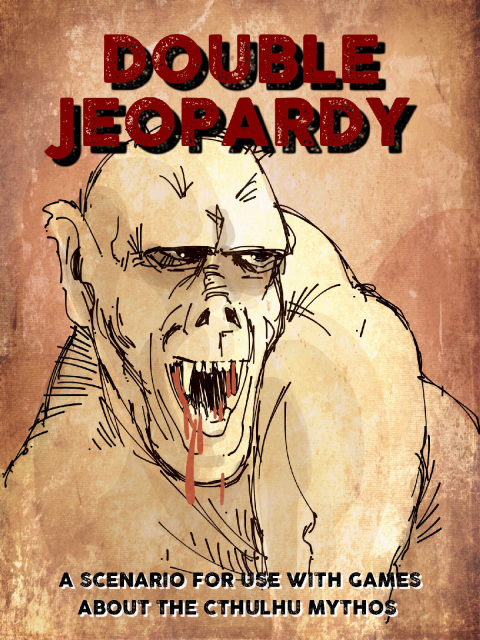 Double Jeopardy is an adventure written for The Cthulhu Hack but easily convertible to any other Mythos themed game.

Double Jeopardy is suitable for beginning investigators and new players although seasoned investigators will find much to interest them.

The setting is 1980s Britain but, again, this can easily be changed.

An outbreak of strange disappearances and mysterious doppelgangers lead the investigators to an undreamed of alien menace beneath the streets of London.

Double Jeopardy is a full colour, fully illustrated adventure with portraits of all the NPCs, player and gamemaster maps, player handouts and tables and charts of major plot points and people so the gamemaster can run things with the minimum of effort.

A printer friendly version is included.

The adventure also contains a link to a fully illustrated playthrough to give the prospective gamemaster an idea of the flow of actual play.