​​​​​Andrew at Crafts and Minis got me interested in #HobbyStreak last year when he began posting his videos and tweets about his daily progress in the hobby. The idea is that you do a little every day and record it on Twitter with the #HobbyStreak hashtag so that people can follow along and, together with everyone else who's doing the same, you can see some real progress as time passes.
This year I decided to give it a try. You can follow my daily updates on my Twitter feed and, from time to time I'll be updating this page with my progress as well. 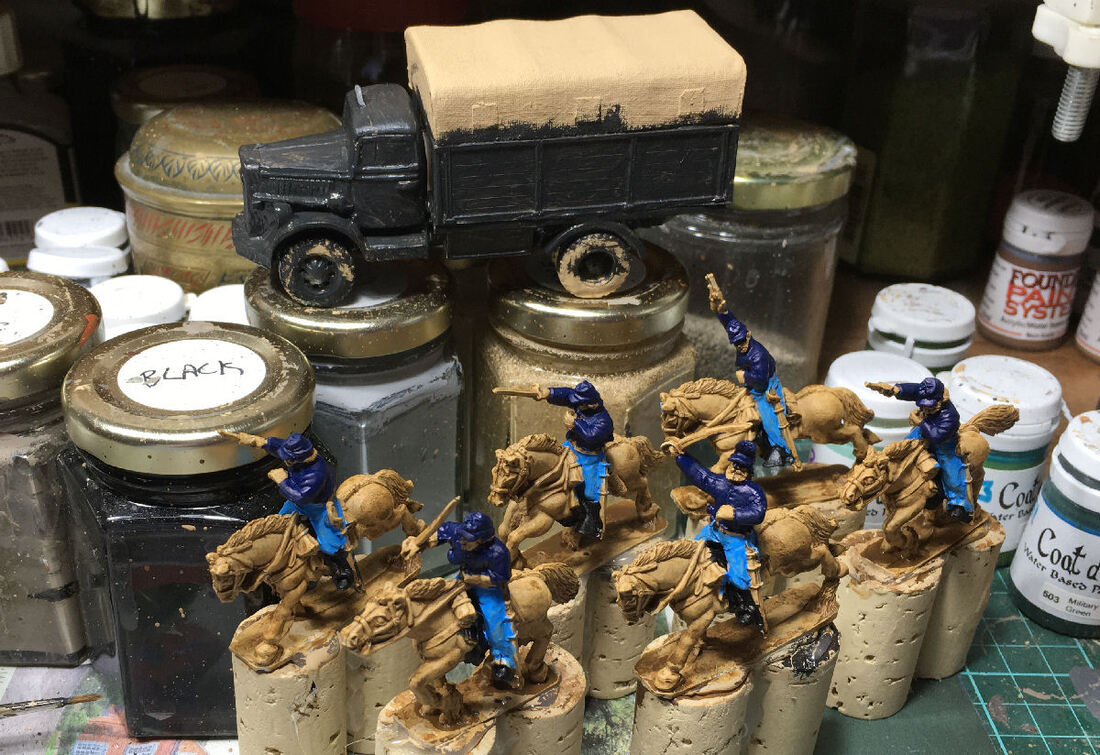 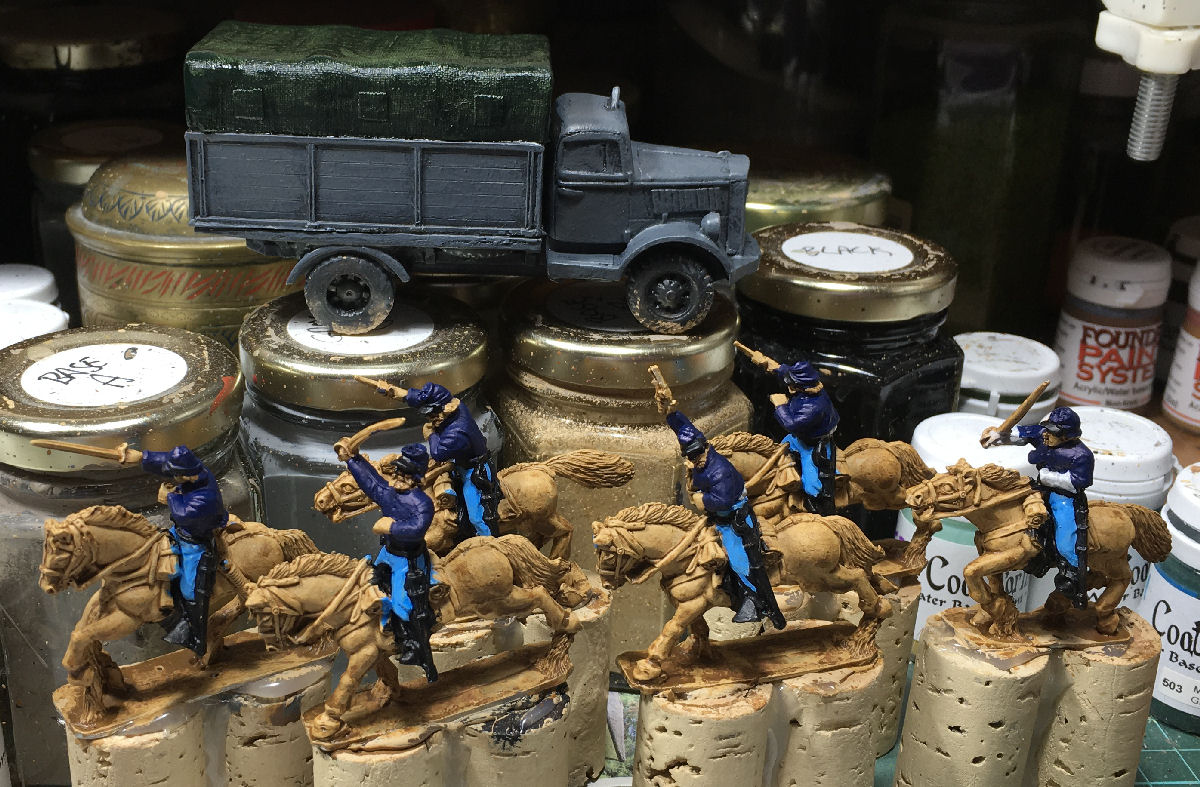 Day 438 13th March 2021 This evening we played the 15th instalment of our ongoing cyberpunk ttrpg using the Wired Neon City rules. The apprehension of Ghost Radical and the killing of Nozi Kinko tied up loose ends and completed part 1 of the campaign. Part 2 begins next week.
Day 439 14th March 2021 The Opel Blitz is done and I've made more progress on my ACW Union cavalry. 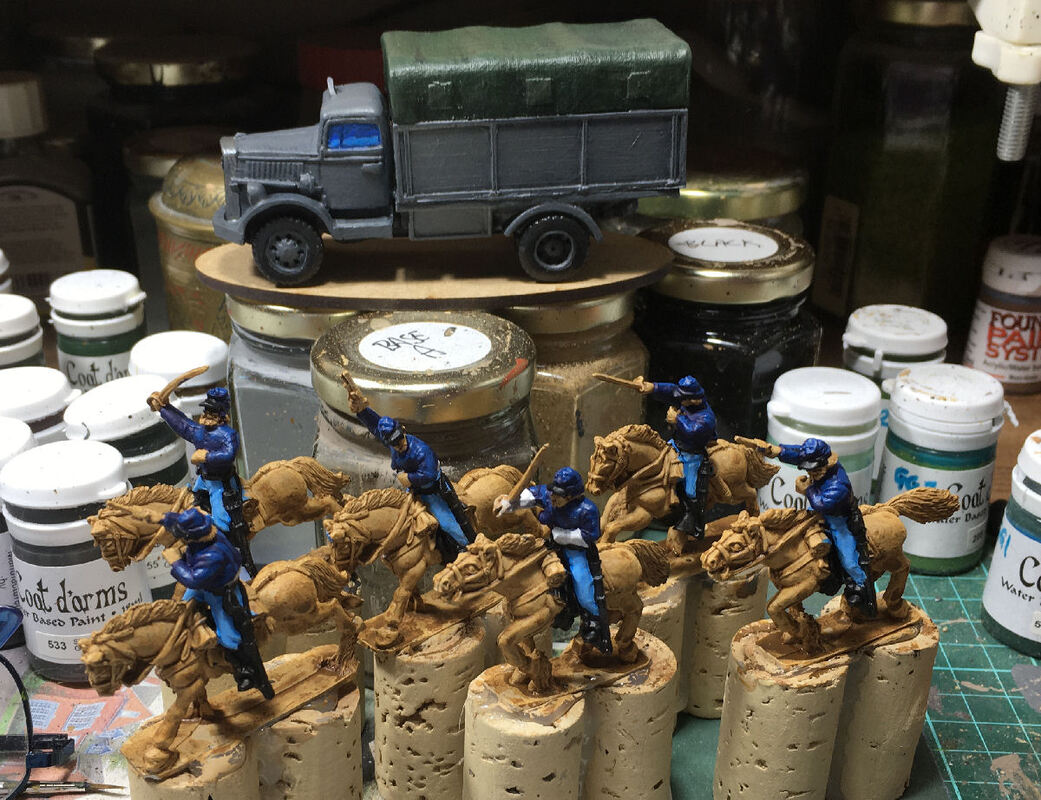 Day 440 15th March 2021. Today I started work on part 2 of our cyberpunk ttrpg. With the team having climbed a tiny way up the pecking order they've received sponsored access to the Corporate Monorail System and can travel to other areas of the city. What strange adventures await?
Day 441 16th March 2021. Today I started basing the Opel Blitz and continued work on my ACW Union Cavalry. 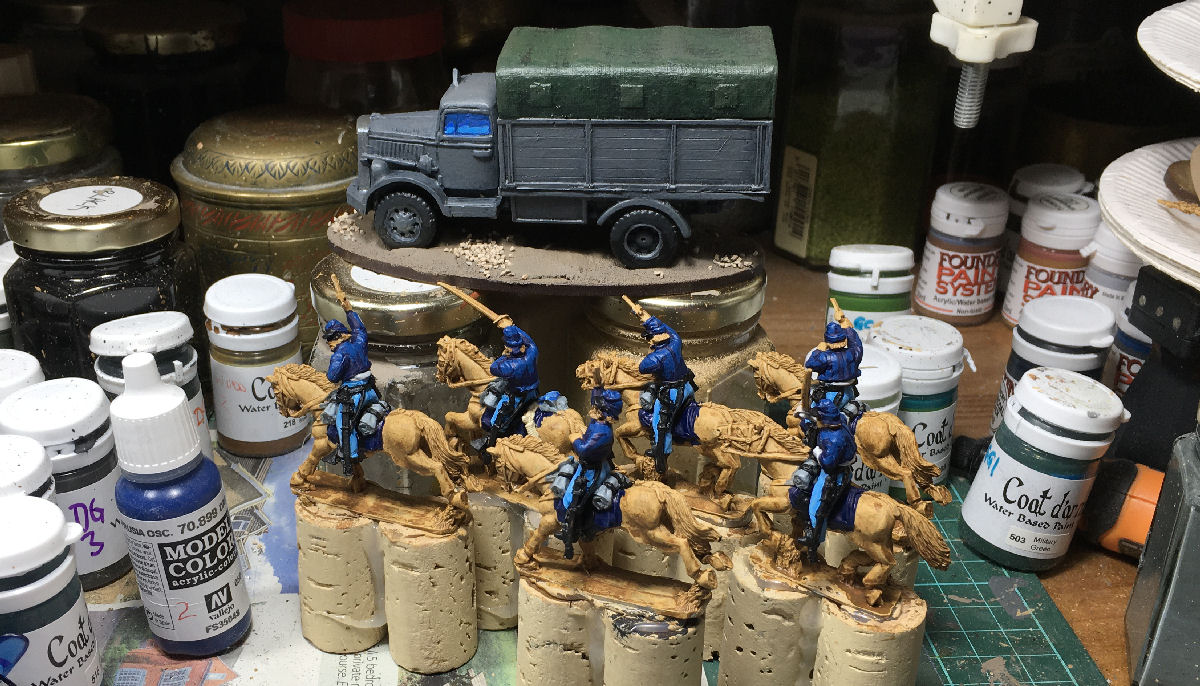 Day 443 18th March 2021. Today I continued work on my ACW Union Cavalry. Nearly done now, still not feeling it for this project. Luckily I have some WWII French Resistance on the way. 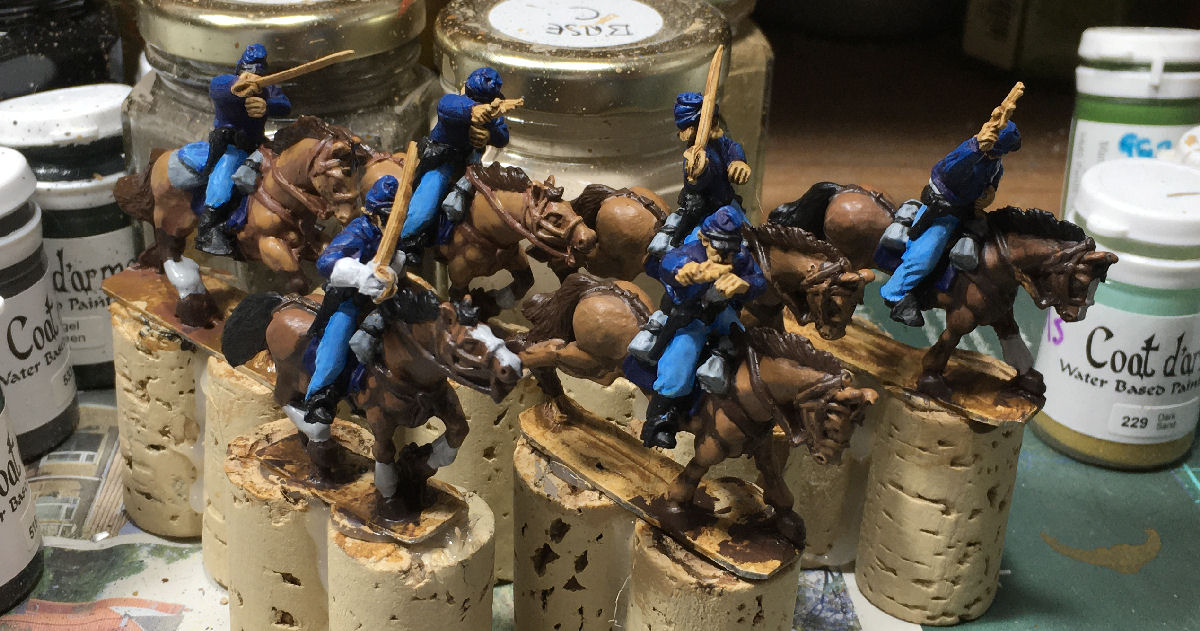 Day 444 19th March 2021. Today I continued work on my ACW Union Cavalry. Horse harnesses are done, just flesh and weapons to do. 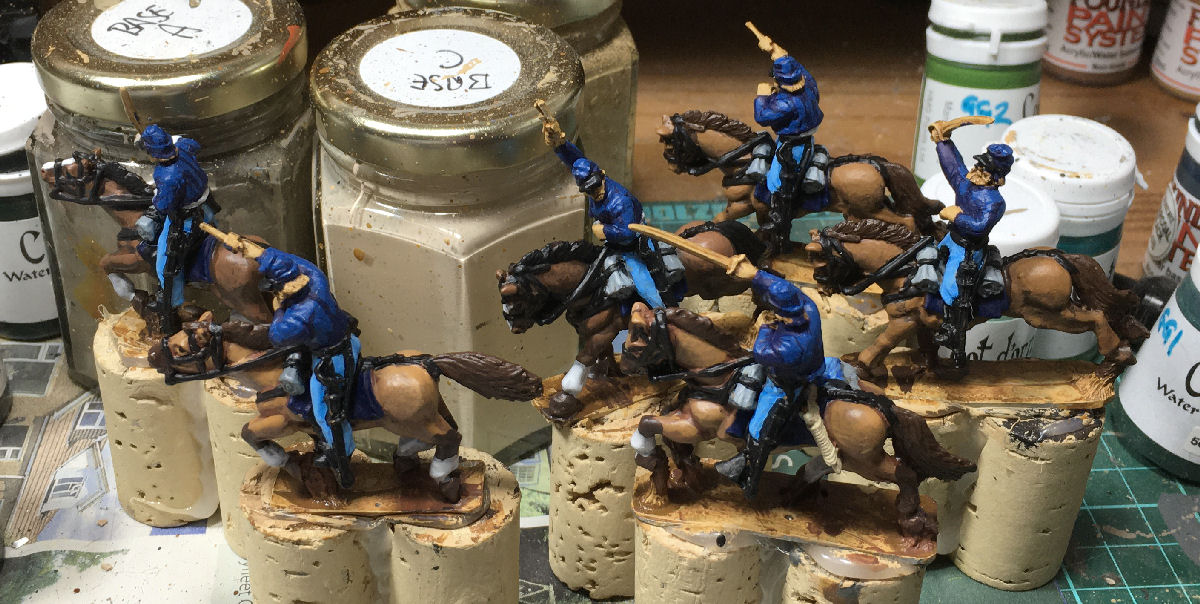 Day 445 20th March 2021. Tonight we started on the 2nd phase of our cyberpunk ttrpg using the Wired Neon City rules. Some loose ends were tied up and some new avenues opened.
Day 446 21st March 2021. I've (finally) finished my ACW Union cavalry and cleaned and corked my newly-arrived French Resistance. 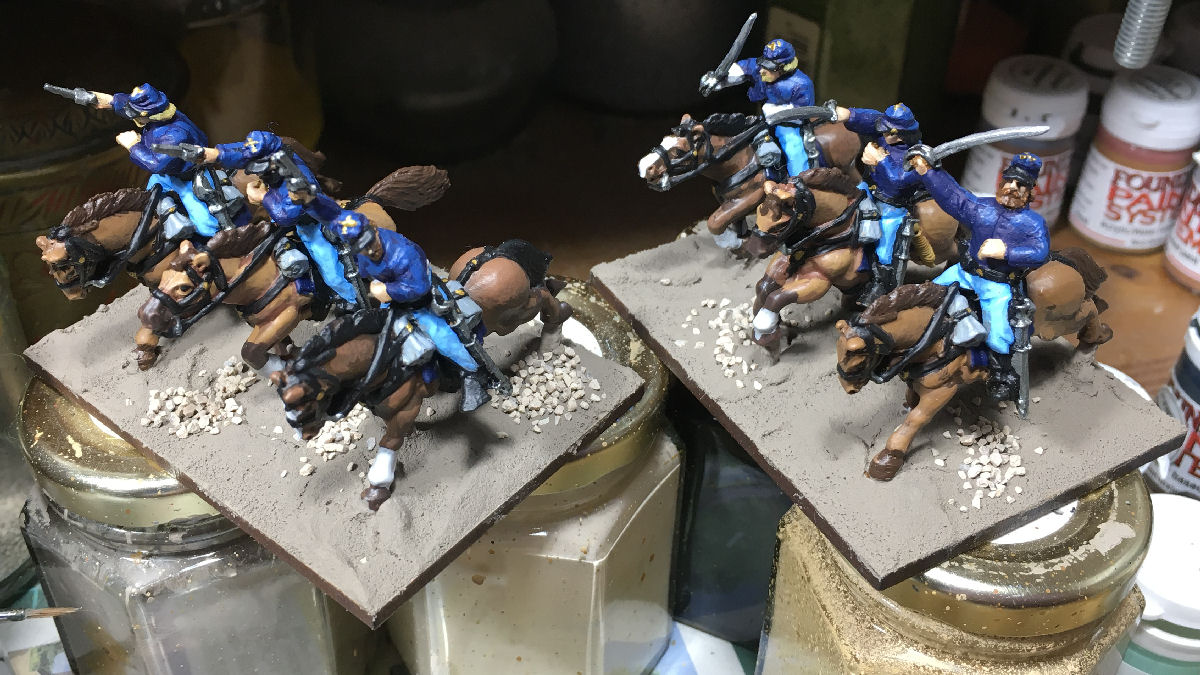